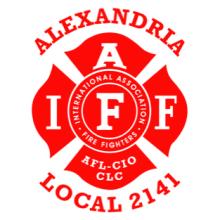 “We are proud of the collaborative work that went into making this agreement possible,” said Mayor Justin Wilson. “City staff, alongside IAFF leadership, were committed to finding common ground in the interest of public safety, as well as elevating the collective voice of the department.”

Alexandria was the first locality in Virginia to authorize collective bargaining under state legislation that became effective in March 2021. The City reached its first historic deal last November when Council voted unanimously to approve funding for a deal reached with the police union.

“To be able to bring this agreement before Council on the heels of our first agreement with our police is a proud moment for the community,” City Manager Jim Parajon said. “After months of negotiations, it is an agreement that recognizes the importance of our firefighters, paramedics, and fire marshals in their service to our community.”

Fire Chief Corey Smedley stated, “our team of dedicated employees clearly informed us of what matters to them. Consistency with procedures, inclusion in the critical thinking process, work-life balance, and competitive wages—this collective bargaining agreement addresses each of these goals and helps us continuously improve to better serve our community.”

Both police and fire agreements make significant investments in employee pay; salaries of bargaining unit employees are now at or above market. In addition, both agreements provide for a two percent annual adjustment to pay scales. They also continue the City’s employee benefits coverage, while providing for the study of items of mutual concern, such as a revenue-neutral early retirement program and retiree health insurance stipends.

“This is the first step in creating a space for the members of the City of Alexandria’s Fire Department, to have their voices heard,” IAFF Local 2141 President Josh Turner said. “We believe that this agreement sets the framework to not just make the Alexandria Fire Department a more competitive employer, but that it also ensures we are providing the high quality services the members of the Alexandria community deserve. We look forward to continuing to work with City leaders in the continued negotiations and implementation of this agreement. "

The total cost for wages and other related costs under the agreement is $3.5 million in Fiscal Year (FY) 2024 and an additional $13.9 million over three years. The agreement also provides for new safety initiatives, including additional investments in City facilities, as well as hiring more firefighters and medics, totaling up to $2.4 million in FY 24 and $13.5 million over three years.

This is the first collective bargaining agreement between a Virginia locality and a union representing firefighters and/or medics since 1970.

Video of the legislative meeting will be available at alexandriava.gov/Dockets. Photos and video of the ceremonial signing and remarks are available upon request.